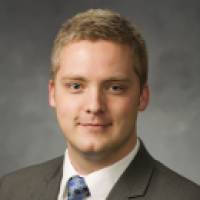 Marc Killpack completed his Ph.D. in Robotics from the Georgia Institute of Technology and joined BYU as an Assistant Professor in December of 2013. His areas of expertise include soft robotics, human-robot interaction, controls, mechanics and perception for robotics and other automated systems. His current research interests relate to improving modeling and control for robot manipulation in unstructured and difficult environments. This includes applications related to search and rescue, disaster response and human robot interaction. While at Georgia Tech in the Healthcare Robotics Lab (HRL), Marc worked on projects including sensing and control for mobile robot bases, automating learning from robot grasping, manipulation around and interacting with human subjects, and control of a robot arm in cluttered and unmodeled environments. Prior to joining HRL, he completed Masters degrees in Mechanical Engineering from both Georgia Tech and AM Paris Tech (formerly ENSAM) in Metz, France. In 2007, Marc graduated with a Bachelor's of Science in Mechanical Engineering from Brigham Young University.