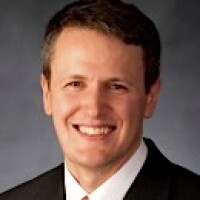 HST is a unique joint program between Harvard Medical School and MIT that is structured in four phases:

Dissertation: “It’s All in the Wrist: A Quantitative Characterization of Human Wrist Control”

Abstract: My dissertation presents a quantitative characterization of humans’ wrist rotations, paving the way for intelligent robot-assisted rehabilitation of wrist rotations. Using a rehabilitation robot and a motion capture system, I found that wrist rotations exhibit a significant pattern of curvature. Through mathematical models of wrist rotation, I showed that the observed pattern is due to imperfect peripheral execution, not central representation. I went on to demonstrate that the exact cause of the observed pattern, and the main challenge for wrist rotations, is the wrist’s passive stiffness. This result is in striking contrast to arm movements, where interaction torques dominate. However, through studies investigating adaptation, I have also shown that subjects can adapt to dynamic perturbations and revert toward pre-perturbation kinematics, suggesting that wrist rotations are dominated by kinematic control, which is similar to reaching movements.

Thesis: “Design and Thermal Modeling of a Non-invasive Perfusion Probe”

Abstract: Invasive thermodiffusion probes are capable of measuring tissue perfusion accurately, continuously, and in real time. The goal of my master’s thesis research was to create a non-invasive thermodiffusion probe. Creating such a probe involved designing its shape and function to maximize the thermal signal on the one hand and to accurately model perfusion on the other. Using finite-difference models of heat flow through probes and underlying tissue, I showed that by modeling a thin, disk-shaped thermistor probe as a hemisphere of appropriate radius, one can estimate perfusion with sufficient accuracy for clinical use.

Abstract: Current hypotheses regarding the role of the cerebellum in motor control suggest that the cerebellum holds an internal model of limb dynamics. I proposed and tested an alternative hypothesis, namely that the role of the cerebellum is to control or implement muscle force downstream of any computation of limb dynamics. If this alternative hypothesis is true, cerebellar patients should have difficulty with limb control even in the absence of limb movement. To test this hypothesis, I devised an experimental protocol in which I measured cerebellar patients’ ability to control arm force isometrically, i.e. in the absence of dynamics, and compared their ability to that of healthy subjects. I found that cerebellar patients do indeed have significant difficulty in controlling their arm force isometrically (p = 0.001), indicating that the cerebellum has a more general role than previously thought, including the role of controlling force (even in the absence of movement).

Clinical Trial (14 weeks), University of Utah Hospital, 2001-2002. Performed brachial artery reactivity tests while continuously measuring blood perfusion in 80 patients (in an effort to test the feasibility of a non-invasive thermodiffusion perfusion probe as part of my Masters thesis research).

Me En 273: Introduction to Scientific Computing and Computer-aided Engineering

Me En 330: Design of Mechatronic Systems

Me En 552: Neuromechanics of Human Movement